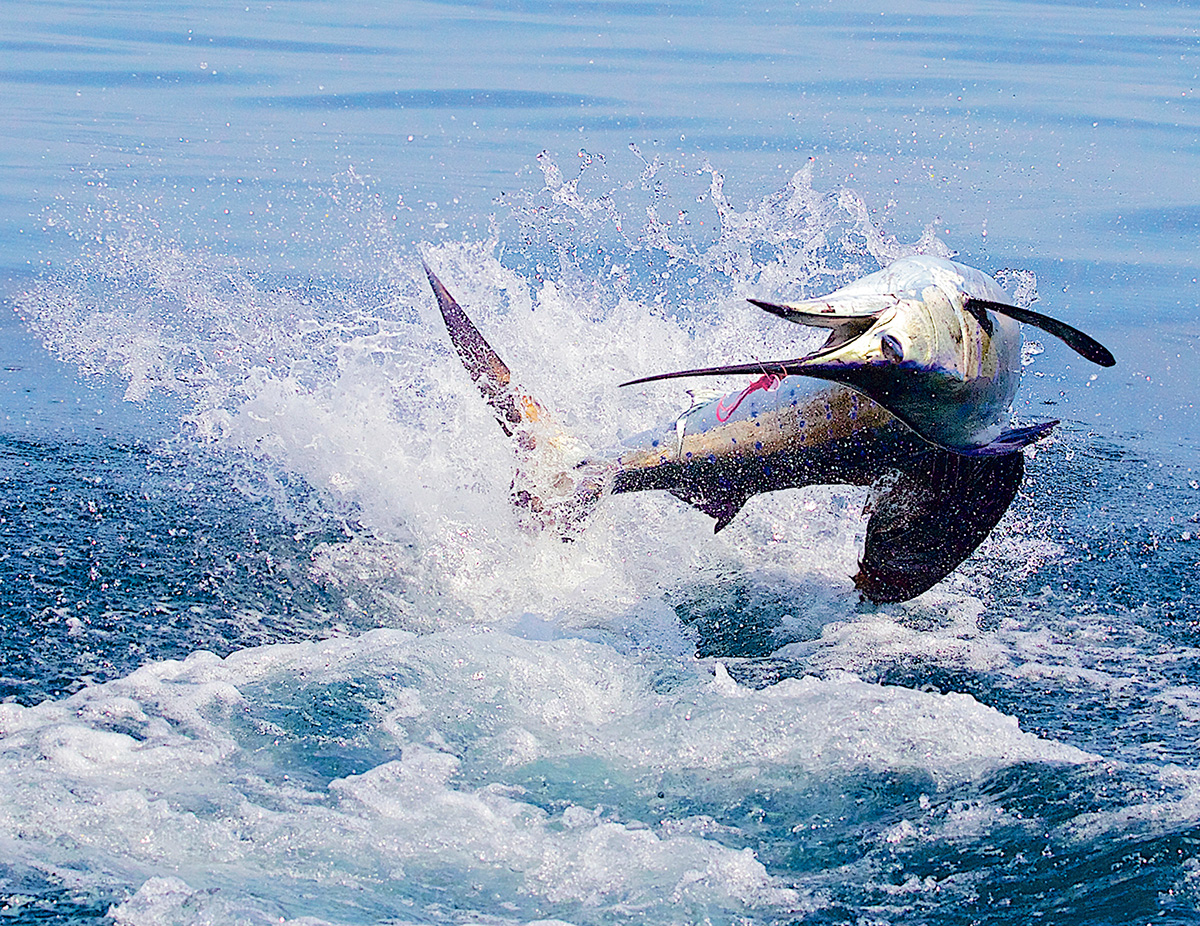 I remember years ago I would see an article about fishing in Costa Rica in a fishing magazine, or a television show about catching tarpon by the boat load in the jungle. It started a series of “bucket list” fishing fantasies in my head. I made my first trip to Costa Rica over 30 years ago, caught and released a ton of fish, and told all my friends when I got back to the States: “I don’t know how yet, but I am going to figure out a way to live down there.”

Twenty-seven years have passed since I moved to Costa Rica, and I have been fortunate enough to run world-renowned fishing operations over the years. Big fish tend to beat me up more these days than vice versa, but the fever for both the sport and the country has never left me.

Costa Rica has so much to offer all types of anglers that it is a shame not to experience it. Here is a rundown of some of the many sport fishing opportunities.

Guapote (rainbow bass) are available in Lake Arenal, along with machaca, a relative of the South American piranha that is quite acrobatic when hooked. The rivers and lagoons in Los Chiles, which is in the Northern Zone, and all along the Caribbean seaboard have those species as well, plus tarpon and snook that also venture deep into the freshwater ecosystems. Several types of other cichlads, known as morjarra are found deep in the jungle and make for great ultra-light fun.

High in the mountains that divide the Pacific coast from Cartago, known as the Cerro de la Muerte, anglers will find wild rainbow trout in almost every creek. In that region, San Gerardo de Dota is a popular area and is also great for birdwatching species like the elusive quetzal. Fishing in a National Park is not permitted, so check that the area you are in is not park property.

If you would like to take the kids, there are trout hatcheries along the Pan American Highway, which runs through the Cerro de la Muerte. You can fish at those hatcheries and they charge you by weight. Stone Mountain Outdoors in Santa Ana has good information on trout fishing.

The Caribbean side is world-famous for tarpon and snook. Tarpon school up outside the mouth of the river in pods that cover several acres. When it is hot, it is red hot and you will pull on big fish all day. As mentioned above, they will also enter the rivers and back lagoons.

The fishing in the ocean is done with lures or sardines on circle hooks. Inside the mouth of the river, it is almost always done with artificial lures. The late Bill Barnes made fly fishing for tarpon popular in the area.

Snook are also taken in the rivers and lagoons as well as the beach. There are four species of snook on the Caribbean side. The fat snook (calva) run that starts in December offers a chance to catch lots of snook on light tackle. It is a smaller species of snook and averages 5 to 8 pounds. The monsters that made Costa Rica famous in the fishing world are usually taken off the beach at the rivermouth. Rarely will you see lots of fish, but you have a chance to tangle with a once-in-a-lifetime fish of 35 pounds or more.

The Pacific side of the country boasts two fishing seasons, with the central and southern regions most productive November through April. In the north, the good bite is from May through December.

The last few years have seen record numbers of sailfish on the Pacific side. El Niño slowed the bite last year, but during the two previous years, records were broken for the number of releases in the Los Sueños and Marina Pez Vela tournaments. Last year in the Offshore World Tournament at Marina Pez Vela, the sailfish were noticeably absent, while marlin released records were crushed.

Dorado or dolphinfish have started off as a bang this fishing season, showing what seems to be a recovery of the stocks that migrate through here. Dorado is not only a beautiful fighting fish but also great table fare.

Also in the bluewater are marlin, tuna, and wahoo. Tuna have made a great comeback after the area in which purse seiners are allowed to work was reduced 200,000 square kilometers in 2014, and the reduction of purse sein licenses granted to foreign fleets was reduced from 43 to 13 in 2017. There have been phenomenal catches of marlin around man made marine eco-systems. You probably won’t see a grander (a marlin over 1000 lbs) here in Costa Rica, but the Pacific offers blue, black, and striped marlin.

Roosterfish are the Holy Grail inshore on the Pacific side, and are available there all year, unlike other areas. The average is 10-15 lbs, but 50-lb fish are common. Also available inshore are a large variety of snappers, grouper, jacks, African pompano and others. When the water is clear, wahoo and dorado venture close to shore. Roosters, snook, jacks and snapper can be taken here casting from the beach.

Don’t pass up a chance to fish in Costa Rica. And remember: a Costa Rican fishing license is required for all anglers over 16 years of age.

This article originally appeared in our 2017-2018 High Season Print Edition. Read more here about where to download or pick up a copy today.

Todd Staley is a Tico Times columnist and director of communications for FECOP, a sport fishing advocacy federation recently chosen to represent Costa Rica in the Panamerican Sportfishing Delegation, formed by groups from the United States and all Latin America countries. One of the group’s goals is to get sportfishing recognized as a competitive sport and to organize teams from various nations to compete in the Pan-American games. The group also seeks a common front on conservation issues. Costa Rica will host the Federation Assembly in November 2018 followed by a roosterfish tournament with competitors from the different nations. Learn more at fishcostarica.org.

This site uses Akismet to reduce spam. Learn how your comment data is processed.